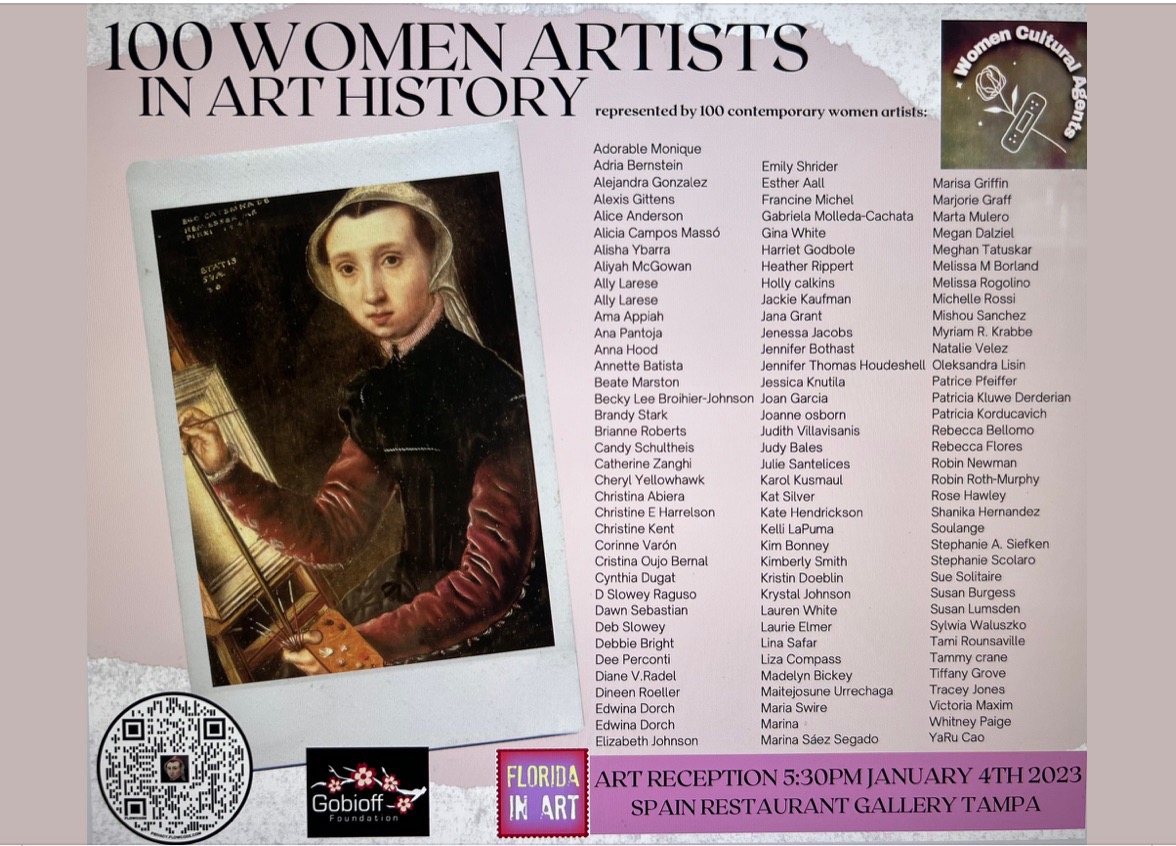 Starting out the New Year, I am so honored to be participating in up coming  exhibition, "100 Women Artists in Art History" which opens on January 4, 2023.

A special thanks to Alicia Campos who is the driver behind this wonder project which will shed light on those talented women artists of the past as well as those contemporary women artists who are creating today.

The objective is promote female artists in art history and their stories as well as at the same time promote contemporary female artists. Each participating artist has a specific woman artist in which to connect and recreate her work in however manner she choses.

How I Approached Sonia Delaunay’s Artwork 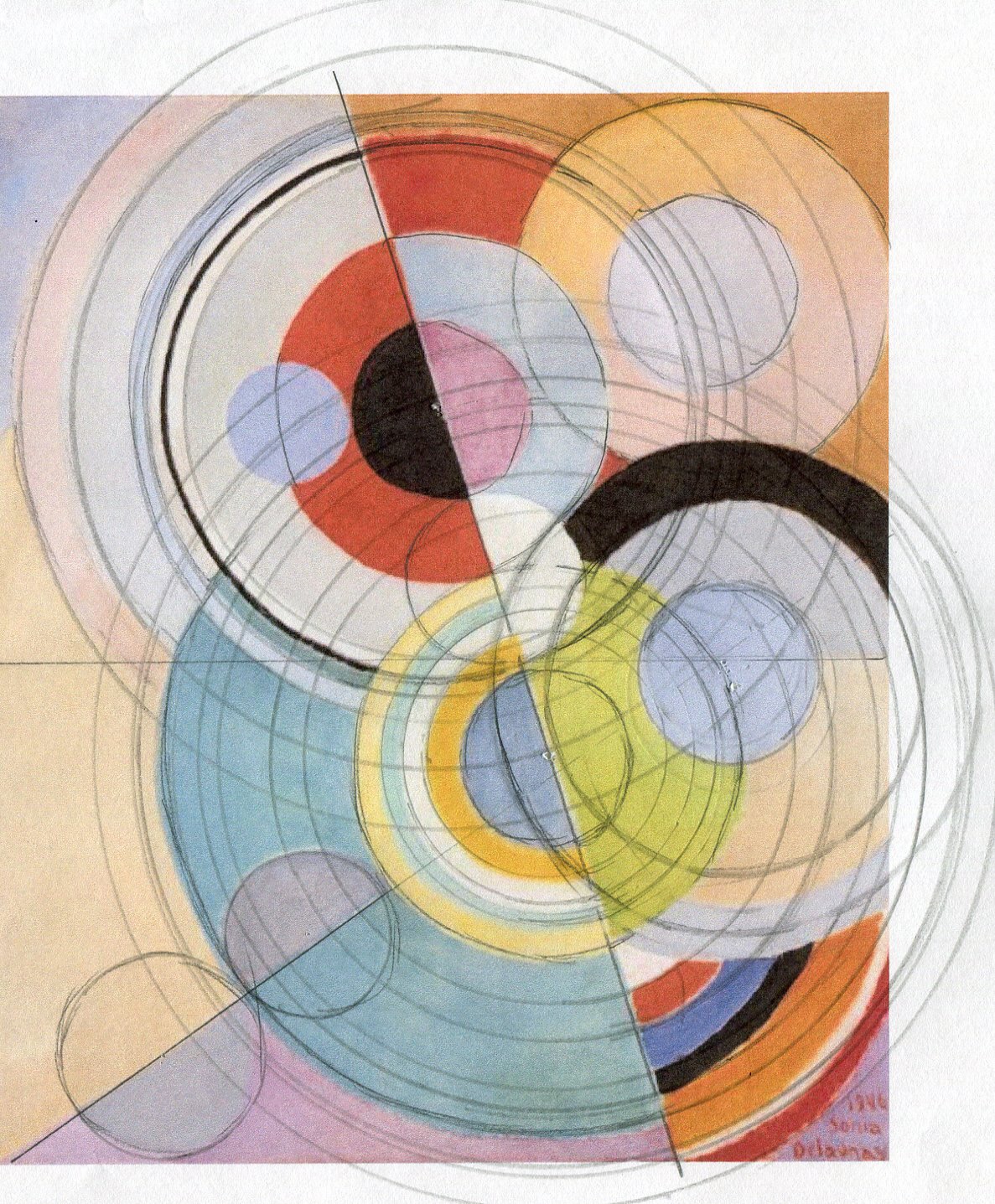 In my former career as an international art dealer, I frequently came across Sonia Delaunay’s artwork. Primarily, I bought and sold her works on paper which were related to her textile and fashion design. Now as an artist, I chose Delaunay because I have always had an affinity for her artwork.

From current research covering the breadth of her long and prolific career, I settled on the painting, “Rythem coloré” dating 1946, oil on canvas, 69” x 59”. Fascinated by her composition, I had a choice to make. Do I make this a learning experience about Sonia Delaunay’s painting or do I create something totally my own based on it? I chose to study the work and put a personal stamp into it.

Therefore, I created an analysis of her composition to better understand here usage of diagonals and overlapping circles within circles within circles which continue as implied. The next step was to figure out how to use the prismacolors to match Sonia Delaunay’s paint colors which were somewhat flat with slight transitions.

What I learned in this exercise was that I would need to layer different colors twice and in some cases three times to get the desired result. So that is how I approached my drawing which is 17” x 14”. I chose to tighten up Sonia Delaunay’s composition and to stay within her color choices as best as could with my method of applying prismacolors. To change the surface texture and personalize it, I chose to gradate some of the hues. And at the very end, I inserted a few more personal touches into the composition.

Can you find the changes that I made in my version of her composition? Compare my drawing and her painting.  Learn More Video 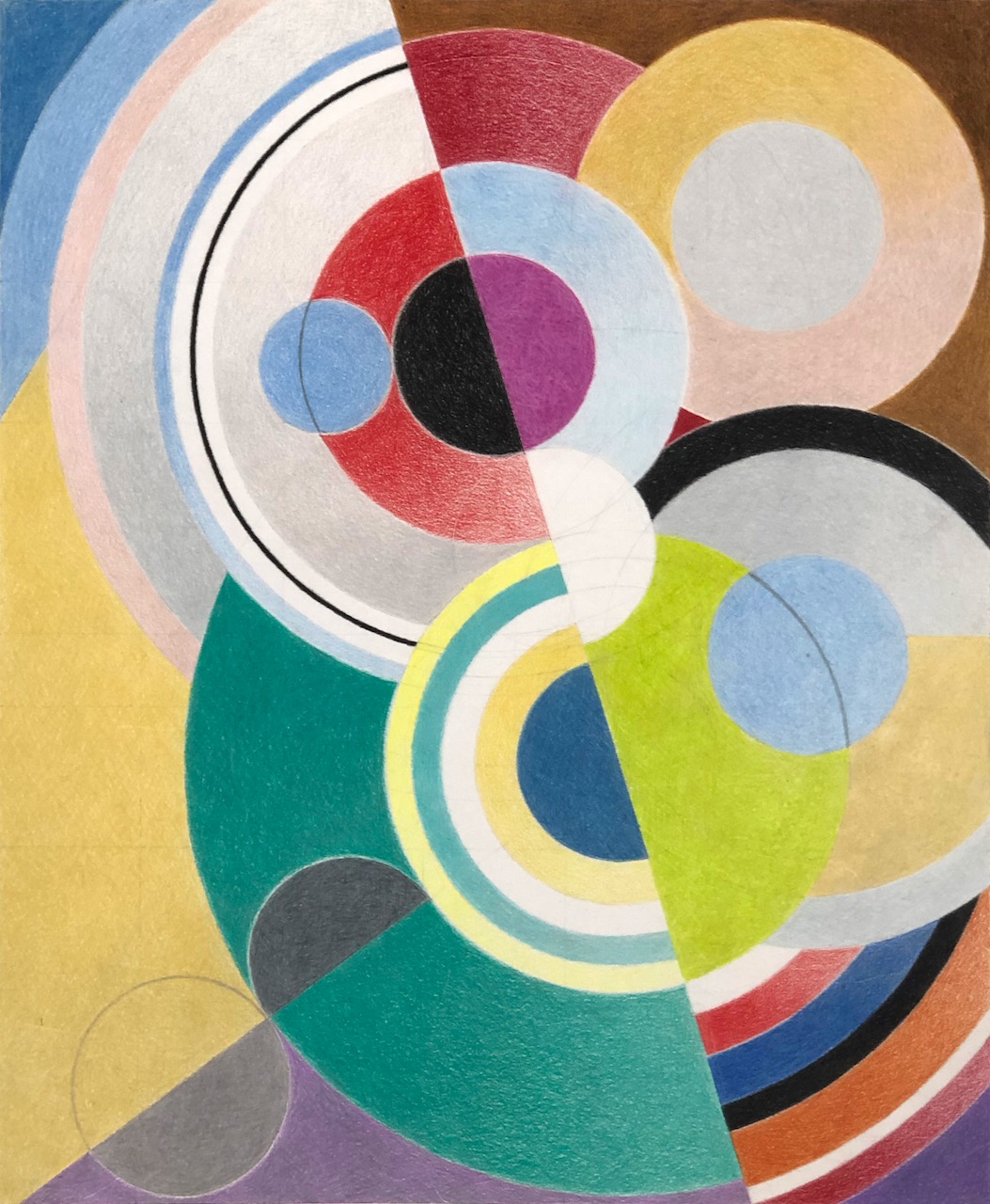 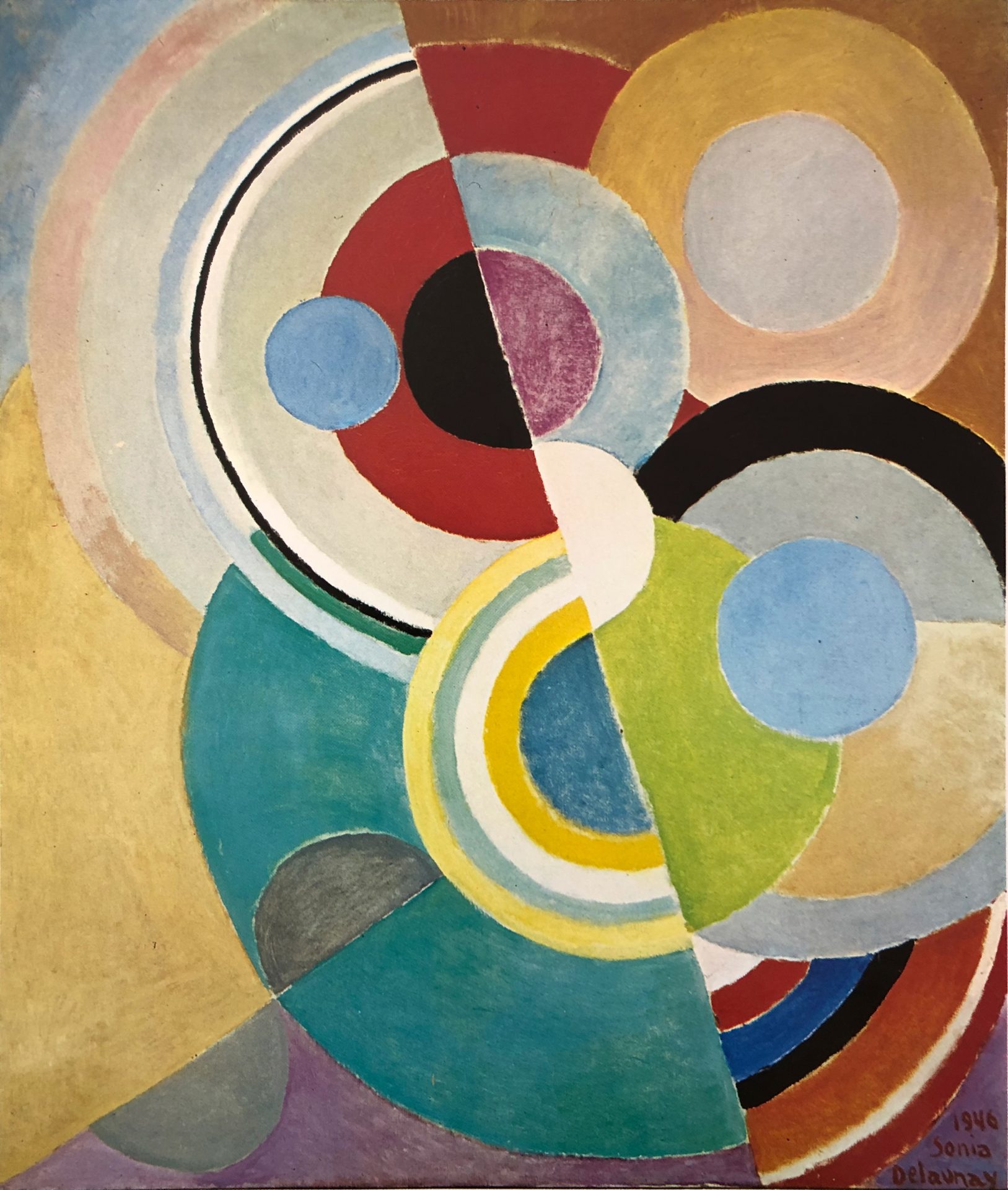 A Little Bit about Sonia Delaunay

In 1885, Sonia Delaunay (Sarah Stern) was born into a poor Ukrainian Jewish family. At an early age she went to live in St. Petersburg, Russia with her well to do uncle, Henri Terk and his wife, Anna who were childless. There she became known as Sonia Terk.

She was afforded a fine education and was introduced to the arts and culture. She traveled throughout Europe visiting museums and galleries. Her drawing skills were recognized and she entered the Academy of Fine Arts in Karlsruhe, Germany. Being multilingual, she later moved to Paris where she attended the Academy de la Palette.

Though the art community, she met her husband and painter, Robert Delaunay. Together, they were active in the early 20th Century’s avant-garde circles and the development of an approach to painting called Simultanism, a method of using strong colors and geometric shapes. Her interests in modern technology, urban life and cultural happenings influenced her usage of composition and color to create movement, rhythm and space.

Sonia’s career spanned all disciplines including textile design, fashion, costume and stage set design, illustration and interior design. After Robert died in 1941, she continued an active exhibition history with her paintings and works on paper. In 1964, she was celebrated as the first living female artist to have a retrospective at the Louvre. She was an energetic creator up until the day she died in 1979.

She was still not truly recognized in her life time for her artistic accomplishments and networking contributions in the early abstract movements as well as the later post war abstraction. Hopefully, this has started to change. In 2018, the Tate Modern in London mounted a retrospective, “Sonia Delaunay, Mother of Abstraction” which presented her entire career with pivotal paintings and examples of all the disciplines in which she contributed. And further exhibitions such as "100 Women Artists in Art History”, will bring to light Sonia Delaunay’s accomplishments to a broader audience.

IF YOU WANT TO KNOW MORE ABOUT SONIA DELAUNAY:

To Learn More about What's New with Kate