A combination of influences has moved the Serendipitous series toward introducing color: memories from my morning walks and bike rides, recent collaborations with artists whose artwork is bursting with color and the methodology of creating the drawings. Dramatic lakefront weather transforms a cityscape as it interacts with the architecture. I play with light and shadow within the forms to express the wonderment. Action-packed coastal weather brews enchantment in the sea’s effervescent zone. I share a personal observation of what I see and how I feel in that underwater world. These experiential moments in nature and urban environs guide color choices. Capturing a moment is a fluid process by which graphite, pastel and pencil marks are placed, enhanced and even altered. The underlying architectural structure freezes the moment and allows a weaving of space throughout the composition. Potent impressions are revealed. 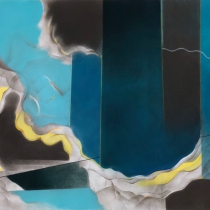 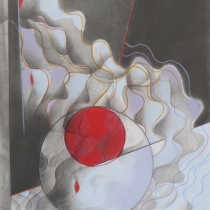 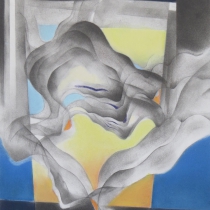 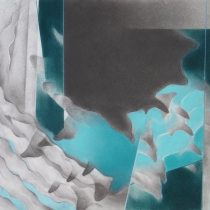 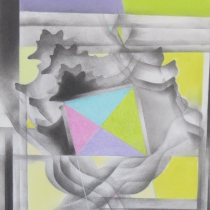 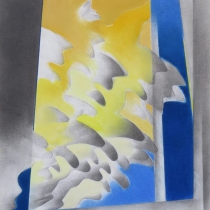 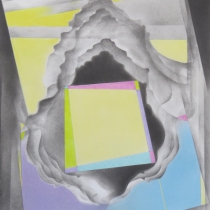 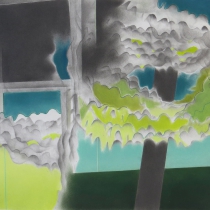 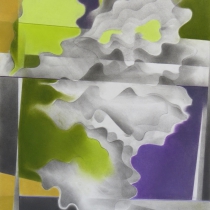 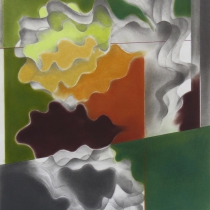 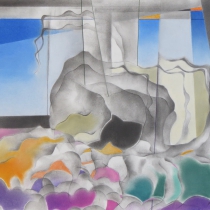 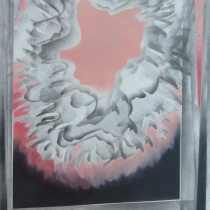 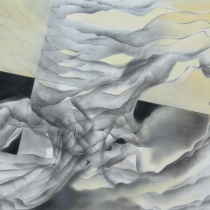 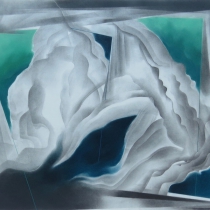 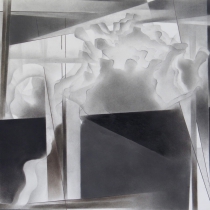 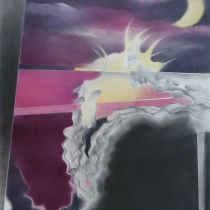 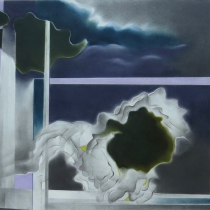 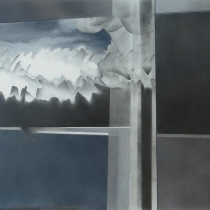 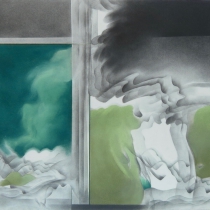 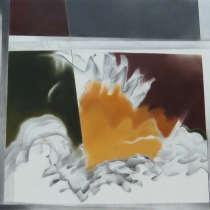 12►
The process: After cutting up unsuccessful Shell Essence drawings, I decided to save not only the linear pieces but the negative shapes as well. I set aside some of these negative shapes to be colored with different values of graphite. While coloring the shapes, I realized that they were acting as stencils. They moved slightly in the process thus creating multiple over-lying patterns. The resulting graphite residue created a serendipitous structure for totally new work. From this outcome, I enhanced areas by pushing them forward and backward with graphite tonalities and pastel hues, as well as lifted areas to highlights. To create more structure, I drew lines which connected and defined certain areas. The result is a fluctuating surface movement. In reality, these drawings are intuitive compositions. They suggest a personal perspective of water experiences in the ocean as well as urban experiences with dramatic weather. In the action of making them, I simply get lost within them.