My family vacations to the beach filled me with glee as I scoured for shells. I recall being at the water’s edge, entering the surf, bracing with each on coming wave and then finally diving into the them as they would crest. I would focus on the bottom and the effervescent zone in between. Water’s ever changing power was potent. The zone where the sea meets land is full of energy and power as well as enchantment depending on the weather’s temperament and the terrain’s formations. My artwork shares through personal observation what I see and how I feel in that underwater world. The wonderment in a given instant is translated through the light and shadow cast by the movement of the water. Capturing the moment is a fluid process by which graphite as well as pencil marks are placed, enhanced and even altered. Water’s action of impermanence is replicated until the layering of lines and forms brings my perception to life. The underlying architectural structure helps freeze that experiential moment and allows visual wanderings in and out of the depths. 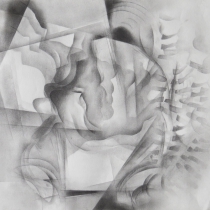 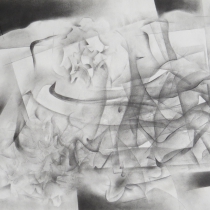 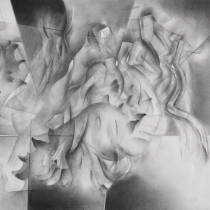 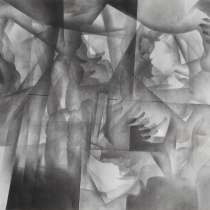 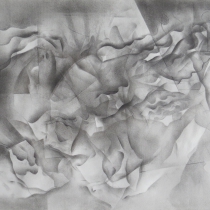 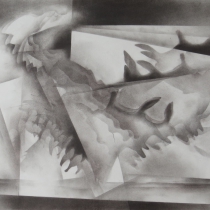 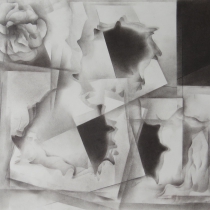 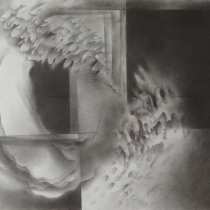 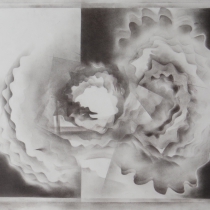 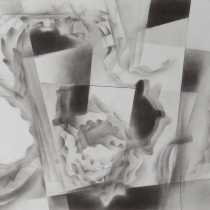 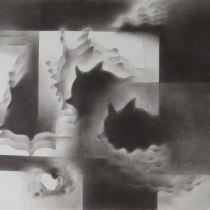 The process:  Having cut up the last batch of unsuccessful Shell Essence drawings,  I decided to save not only the linear pieces but the negative shapes as well. Some of these negative shapes I set aside to be colored with different values of graphite. While coloring the shapes, I realized that they were acting as stencils. They moved slightly in the process thus creating multiple over-lying patterns. The resulting graphite residue created a serendipitous structure for totally new work. Taking the lead from this outcome, I enhanced areas pushing them forward and backward with tonalities as well as lifting areas to highlights. To further create structure, I drew lines to connect and define certain areas. The result is a fluctuating surface movement. In reality, these drawings are intuitive compositions that suggest a personal perspective of simple forms that suggest, “Hands”, “Face”, “Woman”, etc. or that refer to water experiences such as the ocean and what lies beneath (reefs, pier pilings, surf, etc.). In the action of making them, I simply get lost within them.